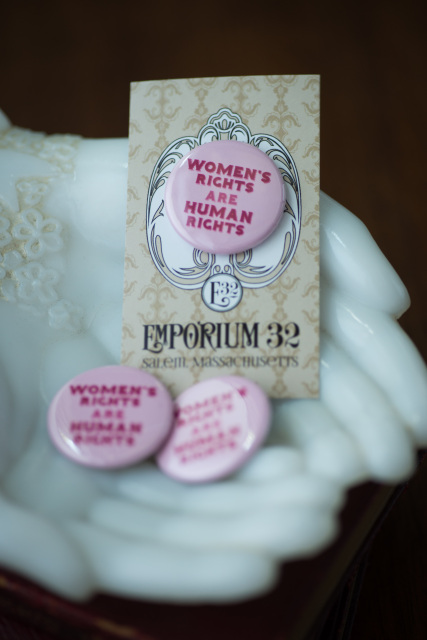 Inspired by the Nasty Women of the world, this button proudly reads "Women's Rights are Human Rights", as said by then First Lady Hillary Rodham Clinton on 5 September 1995, at the UN Fourth World Conference on Women in Beijing

In planning to make her speech, Clinton defied both internal administration pressure and external Chinese pressure to soften her remarks. The State Dept. and the NSA both tried to dissuade her on the grounds that it would irritate the Chinese government.

Clinton's speech was delivered in a large hall at the conference. In it, she argued against practices abusing women around the world and in China itself. Targeting governments and organizations as well as individual females, she stated her belief that the issues facing women and girls are often either ignored or "silenced" and thus go unresolved.

Clinton declared "that it is no longer acceptable to discuss women's rights as separate from human rights".[13] Delegates from over 180 countries heard her say:

The pink color of this pin is the Pantone match to the color of the suit Clinton wore that day.