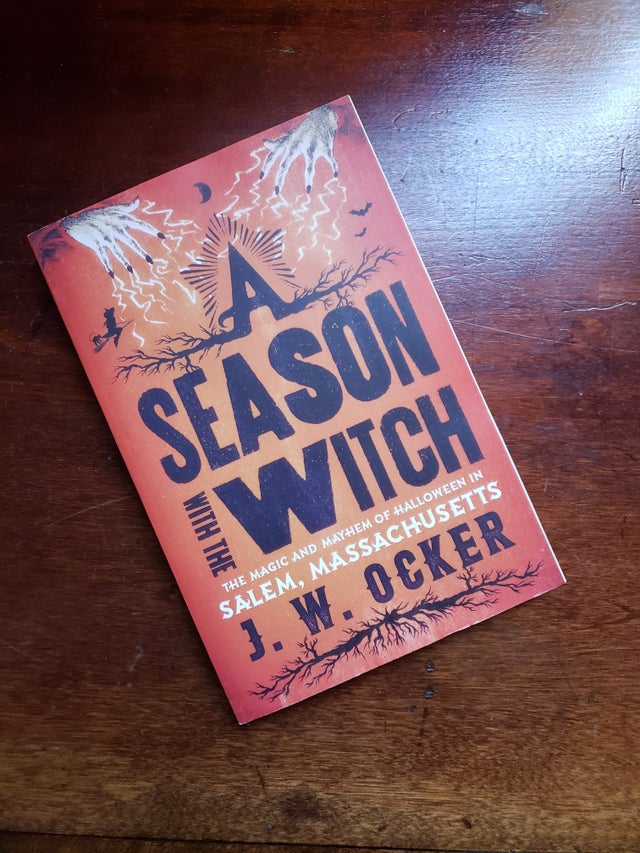 A Season With the Witch - The Magic and Mayhem of Halloween in Salem, Massachusetts

A single event in its nearly 400 years of history - the Salem Witch Trials of 1692 - forever changed the city's character and reputation in America. Salem has never left the shadow of those days but instead thrives as a haven of the bizarre and a modern outpost for the weird. Despite its year-round eldritch spirit, Salem is a seasonal town, and its season happens to be Halloween. Every October, this small city of 40,000 swells close to a half a million as witches, goblins, ghouls, and ghosts (and their admirers) descend on Essex Street.

For the fall of 2015, occult enthusiast JW Ocker moved his family of four to downtown Salem to experience firsthand a season with the witch, visiting all of its historical sites and macabre attractions. In between, he interviews its leaders and citizens, its entrepreneurs and visitors, its street performers and Wiccans, its psychics and critics. From these exchanges, he creates a picture of this unique place and the people who revel in, or merely weather, its witchiness. Experience the trills (and chills) of Halloween through the eyes of a curious and adventurous outsiders in the city has has defined this day for generations.