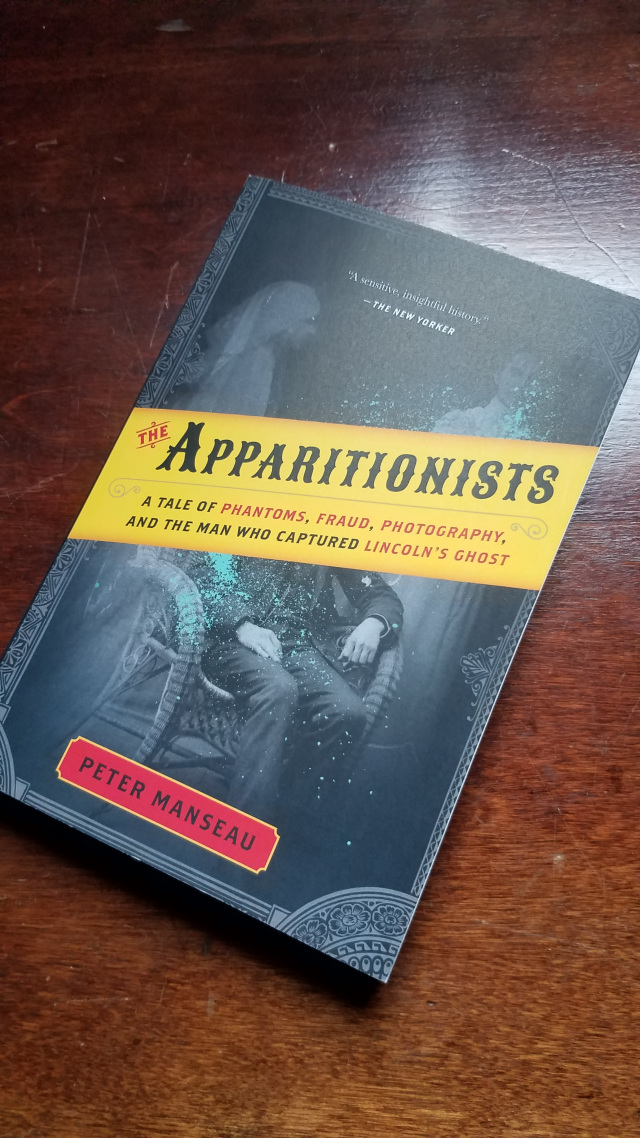 The Apparitionists: A Tale of Phantoms, Fraud, Photography, and the Man Who Captured Lincoln's Ghost

A story of faith and fraud in post–Civil War America, told through the lens of a photographer who claimed he could capture images of the dead.

In the early days of photography, in the death-strewn wake of the Civil War, one man seized America’s imagination. A “spirit photographer,” William Mumler took portrait photographs that featured the ghostly presence of a lost loved one alongside the living subject. Mumler was a sensation: The affluent and influential came calling, including Mary Todd Lincoln, who arrived at his studio in disguise amidst rumors of séances in the White House.

Peter Manseau brilliantly captures a nation wracked with grief and hungry for proof of the existence of ghosts and for contact with their dead husbands and sons. It took a circus-like trial of Mumler on fraud charges, starring P. T. Barnum for the prosecution, to expose a fault line of doubt and manipulation. And even then, the judge sided with the defense — nobody ever solved the mystery of his spirit photography. This forgotten puzzle offers a vivid snapshot of America at a crossroads in its history, a nation in thrall to new technology while clinging desperately to belief.