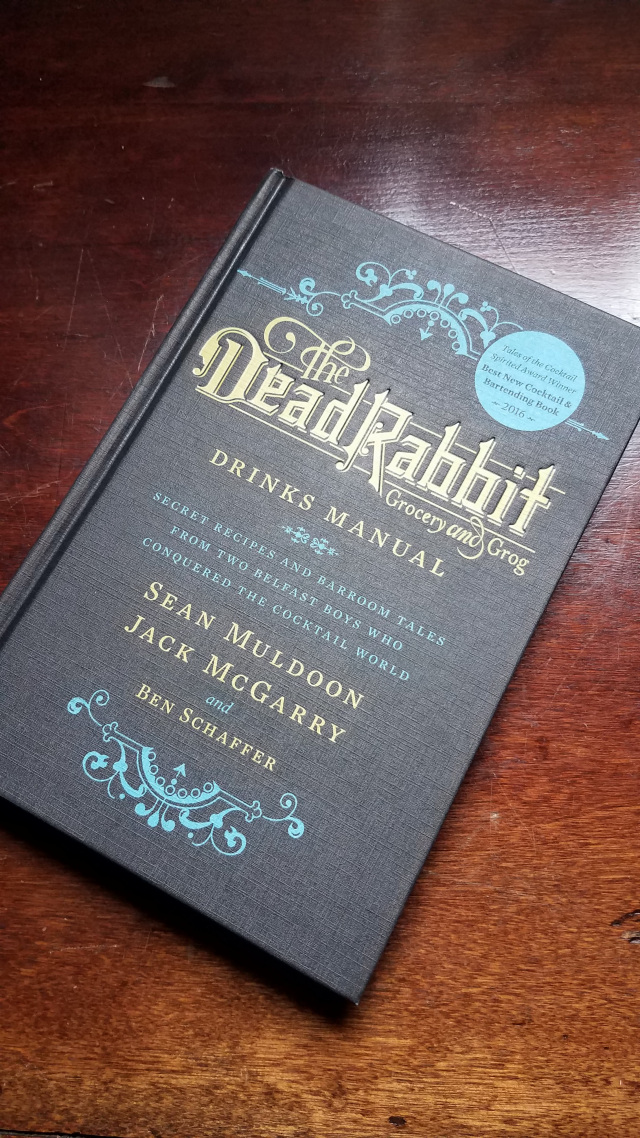 Dead Rabbit Grocery & Grog in Lower Manhattan has dominated the bar industry, receiving award after award including World's Best Bar, World’s Best Cocktail Menu, World’s Best Drink Selection, and Best American Cocktail Bar. Now, the critically acclaimed bar has its first cocktail book, The Dead Rabbit Drinks Manual, which, along with its inventive recipes, also details founder Sean Muldoon and bar manager Jack McGarry’s inspiring rags-to-riches story that began in Ireland and has brought them to the top of the cocktail world. Like the bar’s décor, Dead Rabbit’s award-winning drinks are a nod to the “Gangs of New York” era. They range from fizzes to cobblers to toddies, each with its own historical inspiration. There are also recipes for communal punches as well as an entire chapter on absinthe. Along with the recipes and their photos, this stylish and handsome book includes photographs from the bar itself so readers are able to take a peek into the classic world of Dead Rabbit.

Fun Fact: The Dead Rabbit Grocery & Grog is Nick and Jillian's (Emporium 32 proprietors) favorite bar in America. The cocktails are incredible and you'll love making them at home.