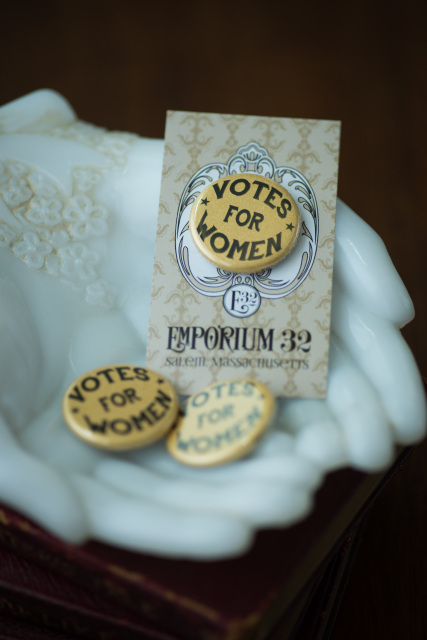 This pinback button features our version of an antique Suffragist's badge. It reads Votes for Women in bold black ink on a metallic gold background.

In 1848, a group of outspoken, super smart women gathered for the first ever women's rights convention in Seneca Falls, NY. Over two days, they discussed and demandede the betterment of women's lives. They didn't realize then that they were igniting an activist blaze that would burn for over a century! Historians point to Seneca Falls' Declaration of Sentiments (which demanded equal social status and legal rights for women; including the right to vote) as the kickoff of the women's rights movement worldwide. There's still a long way to go for equality, but from Seneca Falls to a presidential nomination, women have made enormous contributions to the world, making it a better, fairer, all-around more awesome place.